View cart “Apple Store Louvre Paris t-shirt” has been added to your cart.

Mac OS X Leopard version 10.5 was the sixth major release of Mac OS X (now named macOS), Apple’s desktop and server operating system for Macintosh computers. Leopard was released on October 26, 2007 as the successor of Mac OS X 10.4 Tiger, available in two editions, a desktop version suitable for personal computers, and a server version. Apple missed Leopard’s release time frame as originally announced by Apple’s CEO Steve Jobs. When first discussed in June 2005, Jobs had stated that Apple intended to release Leopard at the end of 2006 or early 2007. A year later, this was amended to Spring 2007. However on April 12, 2007, Apple issued a statement that its release would be delayed until October 2007 because of the development of the iPhone. (source : Wikipedia)

This is a 5 Mac ranking, extremely rare collectible. We have only 1 of this beautiful vintage Leopard Team polo shirt in stock, so don’t wait ! 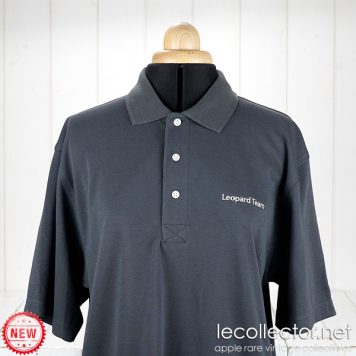